Actually this is a last year post but I published this just now because of many queue posts. I wore this outfit to attended my friends' wedding party. I love this outfit because it's so me (pink and feminine). I was so in love at the first sight when I saw the decoration. It's pink and floral! I like floral so much, especially pink or purple floral (eventhough I like pink, but still my favourite colour is purple). That was the very first time I had worn thick fake eyelashes since long time ago. Anyway, I danced in that wedding party with that wedges. I'm not a dancer, and believe me I'm very bad at dancing but there's flashmob in that party and I was chosen to dance with my friends. That was my first dance in these 7 years. So I directly went to that wedding place after holy matrimony at 3 pm, and yes, I was there until so late (around 10pm). My foots hurt because I wore that wedges for 10 hours, can you imagine? That was the longest time I've ever been! But I so enjoyed the wedding party because so many friends there, include my best friends. The party was so fun, and the foods were delicious :)) 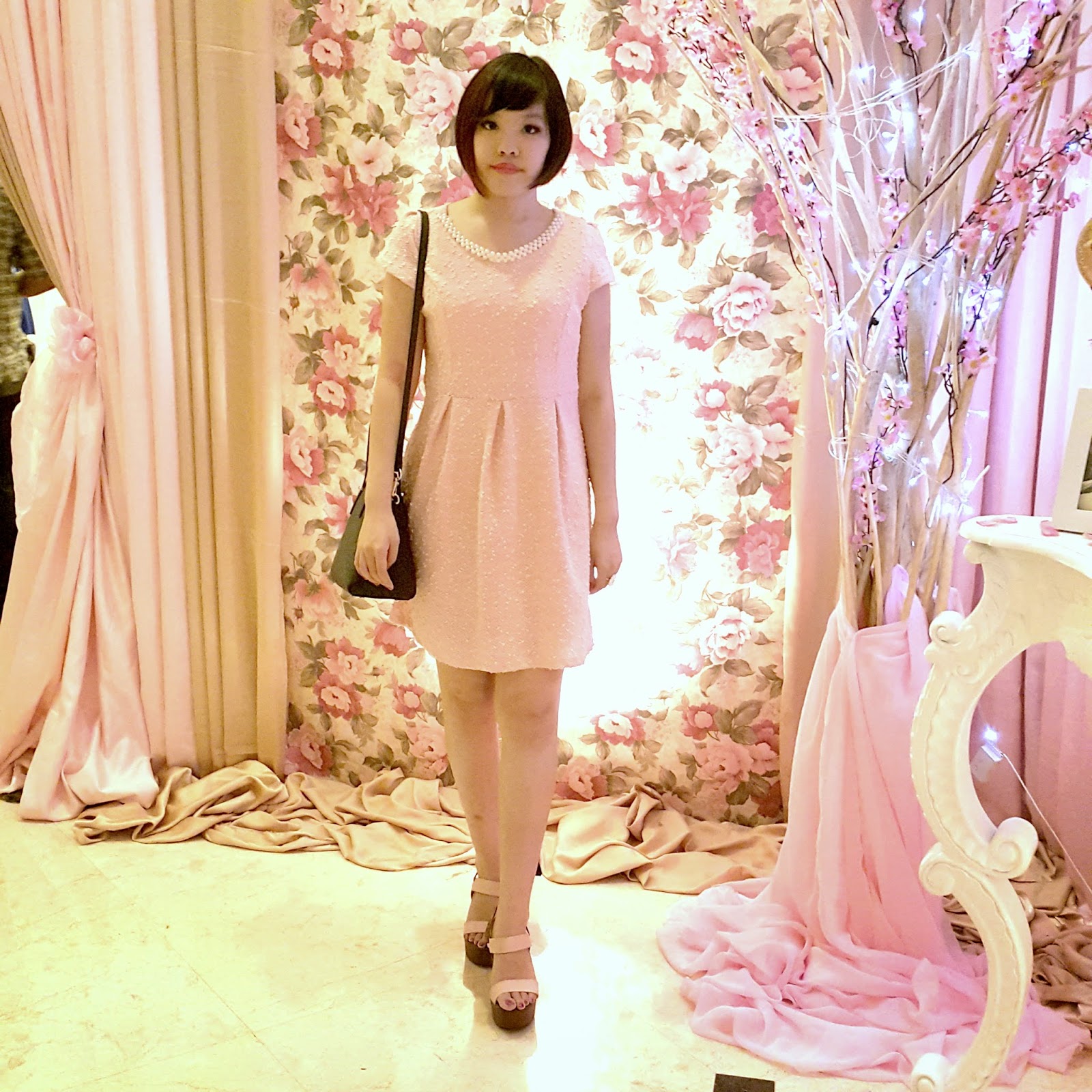 Hi guys, let me introduce you my new hair cut. Actually I wanted to make my hair grew longer, and now I have shorter hair cut than before. It's long short story about this. So let me tell you about this.

At first after I had this hair cut, I felt weird when I looked at the mirror because this is the shortest hair cut that I've ever been. I wasn't familiar with this short hair cut because for me this is too short. Does my hair looks like a mushroom? Lol. But as time goes by, I start to like it :)) So short hair don't careee. 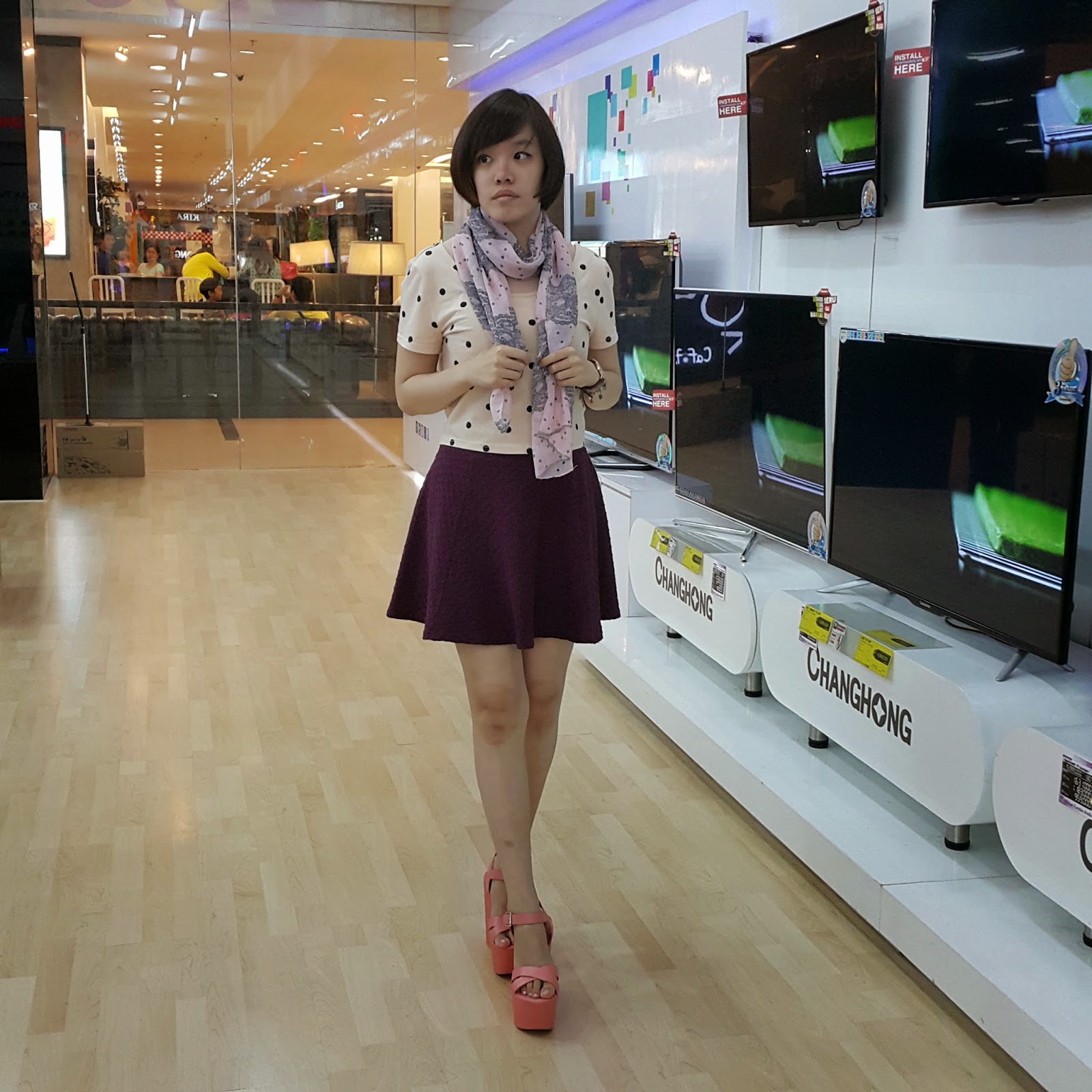 Hi guys, guess where this was? Yeapp, it's at Central Park Mall. That was the very first time I took pictures there even I've been there so many times. My friend, Silvi, helped me to took pictures. Actually I went to CP (Central Park) to learned psychometrics with Silvi (she taught me), but because I wore this nice outfit and the mall wasn't crowded, so I asked Silvi to took me pictures. So let me took pictures first before studied. Psst, I just bought that vintage glasses at that day before I met Silvi at CP. 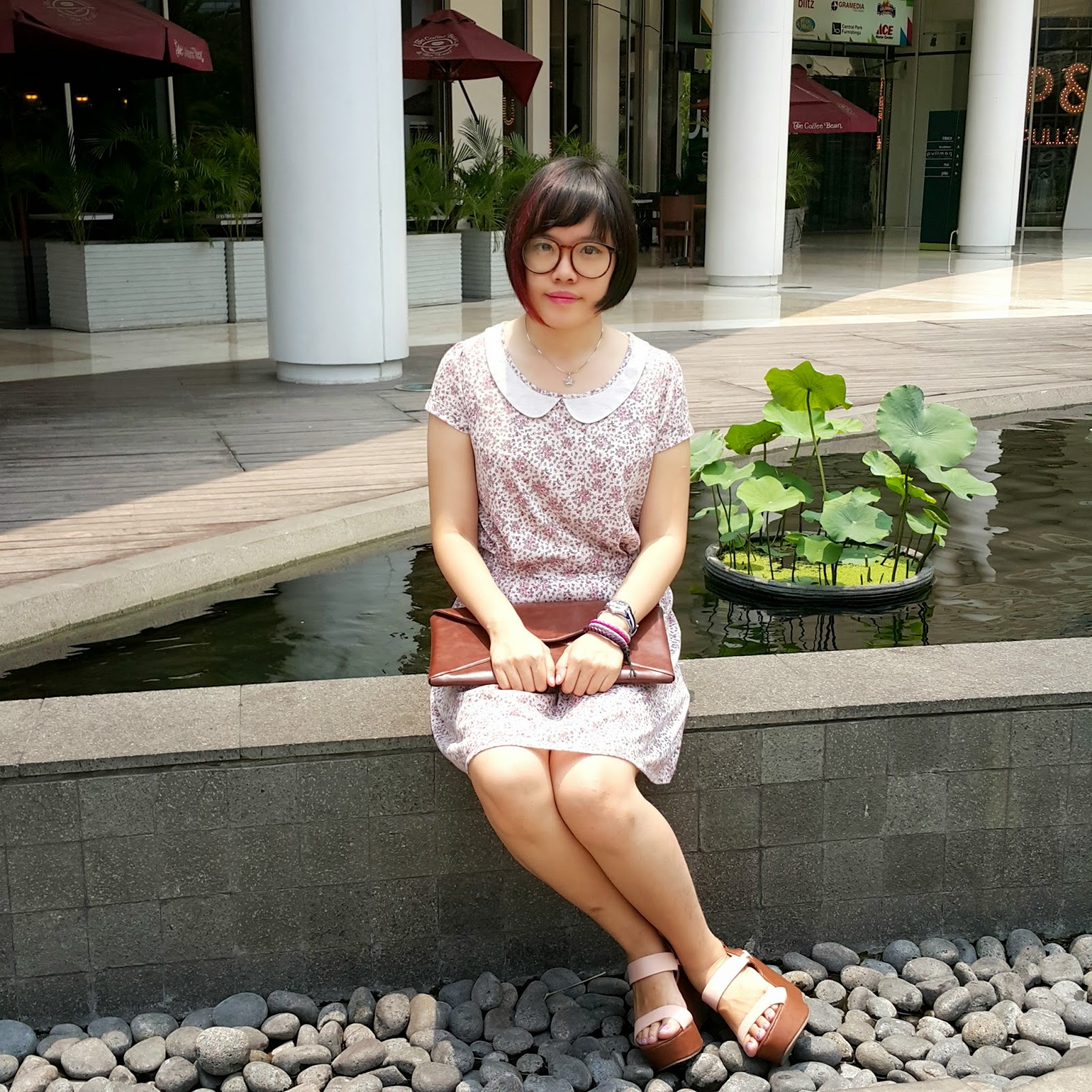 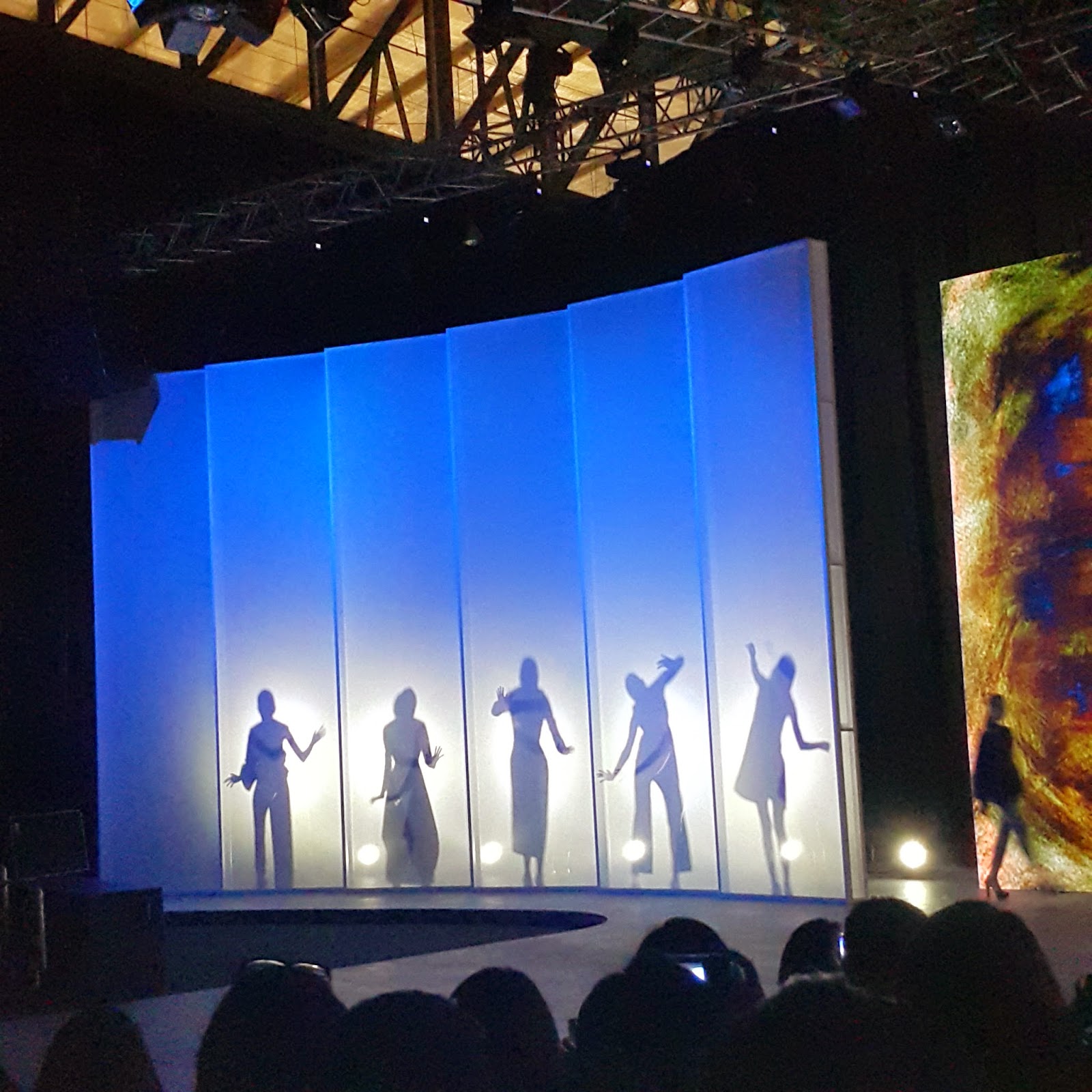 On last Saturday (February 28th, 2015) I went to Jakarta Convention Center (JCC) to watched Indonesia Fashion Week (IFW) 2015 with my friends, Lucy and Yessica. Same like Jakarta Fashion Week last year, I got the invitation from my friend, Yessica because her school is at Bunka (fashion design school). So we watched Bunka's fashion show at that day. We arrived at JCC around 12 pm, then me and Lucy separated with Yessica just for a moment because Yessica was waiting for her friend. Then me and Lucy did window shopping, we looked at so many booths and I was looking for Chiel's booth. After around 30 minutes-1 hour finally I found the booth accidentally. Before we went to JCC, I stalked chiel's Instagram so I had already choosen which shoes that I wanted to buy. If I'm not mistaken, the price of this shoes is around 400k, not so cheap but not so expensive too. The shoes are so unique, I have the picture when I tried the shoes. I'm going to post it below, just scroll down this post. The fashion show started around 2.30 pm and finished at 3 pm. Actually Yessica had 2 VIP invitations, but because we came there in 3 of us (read in Bahasa: datang bertiga, lol, I dunno how to speak in English), so it's not fair if 2 of us used 2 VIP invitations, and 1 person didn't use the VIP invitation. So we just used the regular invitation, and the VIP intivations were useless. We can't be selfish with our friends, right? :) Then me and Lucy took so many OOTD pictures for our blog. I took pictures of Lucy, and Lucy took pictures of me. Thanks Lucy for taking me pictures patiently (because I wanted to got perfect pictures, yes, I'm a perfectionist). Lucy's blog: lilshelullabies.blogspot.com. Let's take a look of my pictures :)
READ MORE »
Posted by Olivia Fabrianne at 08:34:00 37 comments:

A blogger who posts about her personal style, beauty, and lifestyle. She's a psychology student in one of the universities in Jakarta, Indonesia. God's grace has brought her here :)

Thank you for visiting ;)